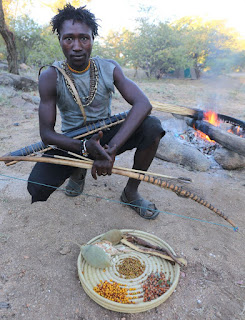 What did Jesus mean by that word, Church. A building, a social club, a religious institution, a business model? As far as we can tell from the Greek in Matthew 16, Jesus never even said the word Church, or its Scottish equivalent, Kirk.  Church or kirk comes from "kuriakos” ie, “belonging to the Lord”. C 20 v 20 of Paul’s 1st letter to the Corinthians calls the Lord's supper kuriakos, C 1 v 10 of the book of Revelations to John on Patmos calls the Lord's day kuriakos. Jesus doesn't say it.

I will build my Church is a mistranslation of I will build my Ecclesia, a body of people, like the Ecclesia in Athens. Not any body, ECC means out; KALEO means call, so a body called out to a spiritual community to turn the world upside down.  Why do I make such an outrageous claim?

As a child I went to Salonica, a Greek port city from the history of early Christianity, where Paul and Silas went to a Synagogue to, and I quote from Acts 17 v 7, “turn the world upside down.”  Neither they nor Jesus ever tried to tell or ask anyone to go or come to Church, to sing a rousing hymn and have a cup of tea or a piece of cake.  Nice as that is, it wouldn't turn the world upside down, or if it did, it would be in a very gentle way indeed.  Which is fine as far as it goes anyway....

But they were violently opposed for calling people out to a community under the risen Jesus rather than the living Caesar. 2,000 years later, Caesar is long gone, but other powers like his have ruled, misunderstood, and feared the world being turned upside down by spiritual community.

For example, they killed millions of Christian martyrs under the Soviet atheists, or hanged followers of Bonhoffer, the confessing German pastor who resisted the Nazis, or abused those who obeyed the Baptist campaigner Martin Luther King, shot trying to end US apartheid.

And you’d be right, but that was Church not Ecclesia, spiritual community called out to use Jesus' keys to the Kingdom of God, which means free people’s hearts and minds from oppression.  The gates of Hades, death, has not killed this off, from the ancient to the modern world.

So if there is such a thing as Jesus’ Church, it is not an oppressive power, a building, a social club, a religious institution or a business model.  It is a people called out of pride and isolation to use the keys to God’s Kingdom, which will always create more value and more liberating meaning.

Oppressive powers today include human separation, misuse of mass media, an economy that drives climate change, fear of terrorism, a dogmatic scientific materialism teaching incorrectly that there is only this material body heading for death, and only what we physically measure exists.

We would do well to reduce our calorie intake and be like the Hadza of Tanzania, the last hunter-gatherers, who still trust nature.  They are not overfull, they are always hungry but never starving, so always lean and mentally sharp, tracking, watching, with less fat and disease, a better immune system, and none of the psychological suffering associated with using screens, living alone, and being uncomfortable with your body. As an egalitarian community they also make sure they share everything in common, a feature of Acts Chapter 2, v 44, the record of the early Ecclesia.

Instead of selling them sugary drinks and distractions, a spiritual community is called out to use practices that are keys to open the Kingdom of God too, manifest it on Earth. Not only Bible reading, receiving the sacrament and faith sharing, because if it isn't worth sharing it isn't worth having, but there's much more; prayer, not saying a shopping list in your head, but regular coming out of living in your head to a discipline of silence and repentance, a reduction of bodily desire, a taming of the mind, thoughts captive to Christ, as in v 10 of Paul’s 2nd letter to Corinthians.

A spiritual community glorifies God in the body, experiences their body and breath as God’s, not their own, becomes unselfconscious, as scripture says, to pray without ceasing, moving from sensing to thinking to feeling to intuiting to being embedded in God’s consciousness.

What other keys open the Kingdom and turn the world upside down? Righteousness. Not self-righteous, but doing the right thing, which is creative, different in every situation for every person, it may require forgiveness, not forgetfulness, letting people off, but letting go.

And fasting, reducing calorie intake, to reduce disease and allow the Holy Spirit to speak. In the OT book of Tobit, an angel recommends fasting prayer, in Matt 6 Jesus tells disciples how to fast for God, in the Didache, a C1st Christian text, fasting is recommended, and in Acts 13:2 Paul fasts.

Almsgiving, giving away our time talents and money. And body work, not just physical exercise but thinking feeling and intuiting the virtues, beauty, truth and justice, will take us from the physical body to the subtler bodies, thinking feeling and intuiting bodies, and the resurrection body of Christ Jesus' Ecclesia people, called out of our man-made stimulation to a relaxed experience of God’s consciousness, to build new habits and form new brain circuits, to release insanity, watch, listen and pray with the whole not just the head, fast, forgive, be righteousness but not self-righteous, see the dignity of all humanity, so evil and destruction, real as they are, will not prevail.  And so it has proved, for more than 2,000 years, Jesus’ risen community has never been crushed from without or from within.  His Ecclesia, if it uses these keys, can turn blind chance, necessity and a meaningless death upside down, into the value and purpose of a real resurrection body and the building of heaven on earth. So take heart, buildings, social clubs, institutions, business models and physical bodies come and go, but the body of Christ and his risen Ecclesia is always a whole new world. In the name of Father Son and Holy Spirit, Amen +