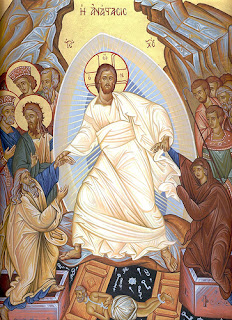 At the time of his death, Professor Stephen Hawking had become known to millions for a courageous struggle to overcome a disease that left a formidable mind locked in a wasted body, and through his book A Brief History of Time. The book baffled people, but I do hope this won’t. Stephen once said alien life is quite common in the universe, but intelligent life less so, and some say it has yet to appear on planet Earth.
The aim of Stephen’s mathematical approach to understanding the universe was to produce a theory of everything that would enable us to know ‘the mind of God.’ This nod to the Almighty was odd, given that he was a declared atheist who, according to his first wife, had real issues with religion. Someone said that when asked why humans were here at all, the Professor replied, "to reproduce". But the mind of God seems to have animated him with a far bigger quest than that –  or a ‘simple goal’ as he expressed it – to find out why the universe is as it is, and why it exists at all.

From a purely scientific perspective this is unsolvable, at least at this stage of our evolution as a ‘meaning seeking’ species, a term used by Greek philosopher Aristotle 2500 years ago. For all our exploration of space, its dark matter and energy is concealed, and we know far less than we once thought about the stuff that makes this universe.  What we do know is open to revision, in the light of new discoveries, nothing is settled in our quest.  The search goes on, we are human, but we have been described as hard wired to need more than monkey nuts and East Enders, and the sky at night does indeed speak to us of a sense of awe and mystery that neither tv soaps nor mathematical equations, nor even physical pleasure can quite satisfy, so these questions are unavoidable for us humans.

The principal of my Theology college was an astrophysicist, he liked to say the observable universe was once small enough to fit through the eye of a needle. He wrote a book on the Big Bang called God Time and Stephen Hawking, had a passion for Jesus, he knew religious thinkers have long acknowledged the unobservable as well as the observable, so we need humility as we gaze on the stars that seem to go for ever.  Better minds than ours have been dazzled by the fact that it exists at all.  There is no logical or rational need for us to be here. Why is there something rather than nothing is not a silly question in our more reflective moments.

We ask why this ‘something’ with its dependable scientific laws has proven so mathematically elegant and fantastically conducive to our human flourishing here on earth.  A shrug of the shoulders, a crass assertion that it has always been here, so just get over it and pass the monkey nuts is no explanation, it fails to do justice to the breath-taking facts as we have them, our long evolution, the exquisitely precise conditions that made emergence of life possible.

Revelation Chapter 21 says I am making the whole of creation new, it will come true, it is already done! I am the Alpha and the Omega, the Beginning and the End.  Ephesians Chapter 1 says Praise be to the God of our Lord who blessed us in the heavenly realms, who chose us before the creation of the world to be put into effect when times reach their fulfilment, unity, to bring all things in heaven and on earth under Christ - this is not so much a theory of everything as the practise of everything, and that's why we are here.

Jesus knew Easter as Passover, the passing over of death, and it is when for us he absorbed into his body all the enemies of life, doubts, fears, cosmic powers & political principalities bigger than any of us, his body tortured abandoned & broken, so if you share in his suffering you will also share in his glory.

The observable universe, 1,000 billion stars inside 1,000 billion galaxies, was once small enough to fit through the eye of a needle. The first creation happened at the Big Bang 13.8 billion years ago, and Jesus was the second, a mere 2,000 years ago, when humans were ready to record it.  If we are to seek a meaning behind life’s deepest mysteries, the ‘why of things’, Colossians Chapter 1, John Chapter 1, 1 John Chapter 1, and Hebrews Chapter 1, all say that Christ is eternity, the spiritual goes on, mirrored yes in Jesus of Nazareth BUT ALSO in every aspect of creation, from elements to weather, planets, animals, attitudes, non-Christians, art, even enemies.

So it is, two thousand years after St Paul’s amazing missionary journeys, across the globe - an extremely tiny globe in the great cosmic scheme of things, a speck actually, but that’s ok - two billion Christians remember and celebrate the death and resurrection of Jesus.  Sceptical minds struggle to comprehend this claim; others dismiss it as nonsense or wishful thinking.  But either the universe is devoid of purpose or it isn’t. If it isn’t, it is the work of an intelligence mindful of human lives and ends, a creator, out of loving concern, overcoming the evil and suffering of Good Friday. It is not beyond the source of this universe to raise his only Son on the third day for us.  And now we know that matter is energy, anything is possible. Set against the equally improbable emergence of time and space and a universe of baffling beauty that reflects ‘the mind of God’, this can be accepted as an article of trust in the heart.

Jesus said before Abraham was, I am, he knew the prophets, and he knew you, before you were born.  When Jesus died, St John found his linen wrappings and the cloth and that had been on his head, rolled up in a place by itself, like a Chrysalis from which a butterfly has emerged, just as if his dead body had simply passed through them, dissolved, moved to a new form of existence. Who is to say it did not?  Mary, looking for a corpse, was instead presented with a new way of being with Jesus. Who is to say we are not?

To surrender to this before we surrender to death is a resounding ‘yes’, not to a God of religion which Stephen Hawking rejected, but to a self-giving love declaring how glory, not sin and death, has the last word.  This glory beyond the body and the mind is who we ultimately are, hidden with God in Christ, yesterday, today and forever, and this is cause for our celebration.

Behind the observable cosmos is One righteous divine intelligence, One who is for us, not against us, in every cell of our being, One who makes possible endless worlds in the immensities of space, and is able through the raising of Jesus to deal with the shadow that frames every one of our human lives.  For us, the salvation of not just Israel or the world, but the entire suffering cosmos, fulfilled through the gospel, so that death is the beginning of a new type of life through a spiritual body experiencing the grace of God in all matter everywhere. Which brings us to today Easter.

The mind of God that Stephen Hawking, who suffered bodily but sought to discover, is not just mathematics, but shares and experience all suffering, to offer us new bodies, a new heavens, and a new earth.  Surrender to this intelligent life which has appeared on planet Earth for us is a resounding ‘yes’, it means nothing is wasted, not sin or death, so take time to surrender to a real cause for celebration.

On Ash Wednesday I acknowledged I would return to dust.  On Easter Day I’d like to raise a toast that there is more going on than dust.  Just like this icon above, Resurrection is here to stay, never born, never died, beyond body and mind, who I am, hidden with God in Christ, yesterday, today and forever.