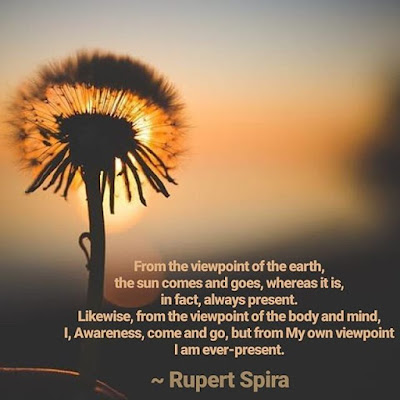 You might think his language has nothing to do with ordinary life, but last weekend I was in Liverpool to see the Champions league final, and as psychiatrist Carl Jung described, it was a pool of Life, all life, one life. At one moment, towards the end of the game, I looked out of the window to see a one legged man in a wheelchair wearing a big red joke wig and a grin, fans waving red flares and air horns and flags, bouncing, singing and throwing beer, hen party women letting it all hang out, beggars drinking, and it struck me that in all this ordinary life only one life was being lived through all these lunatics, and I was one of them, of course.

That night, rules did not apply. Cars were driving through red lights and stopping at green, people were shouting from cars, and the next day three quarters of a million people welcomed the team and the European cup home, all pulling each other onto the top of buildings and road signs and traffic lights to get a view. The police were hopelessly outnumbered, but they didn’t mind, in that moment all of us were as One, one pool of life. But you don’t have to be a football fan to know oneness is more obvious as you move from the most important but most disconnected thing in the world, me, to wider concerns, friends, family, team, county, country, continent, cosmos.  Some people say religion is irrelevant to this truth of unity. For such people, here is a story.

A man prayed “Lord, show me the truth.” The Lord said: “Yes but I am thirsty. Can you fetch some water first?” “I will,” replied the man, and he went.

A little distance away was a village. He entered in search of water and knocked at a door, which was opened by a beautiful girl. At the sight of her the man forgot his Lord waiting at home for water. He forgot everything and began to talk. All day he did not return to his Lord. The next day he was again talking to the girl. The talk ripened into love. He asked the father for the daughter, and they were married and lived there and had children. Twelve years passed. His father-in-law died, he inherited property. He lived, as he thought anyway, a very happy life, with his work, his wife and his children.

But one night the river rose until it overflowed its banks and flooded the village. Houses fell, men and animals were swept away and drowned, and everything was floating in the rush of the stream. The man had to escape. With one hand he held his wife and with the other, two children. Another child was on his shoulders, and he was trying to cross this tremendous flood to get to safety. After a few steps he found the current too strong, and the child on his shoulders fell to be borne away. A cry of despair came from the man. In trying to save that child, he lost his grasp on the others, and they were lost too. At last, his wife, whom he clasped with all his might, was also torn away by the current. He was left weeping and wailing on the bank.

Behind him there came a gentle voice: “My child, I am still waiting for the water, and you have been gone for half an hour.” “Half an hour!” the man exclaimed. Twelve years had passed in his mind, and people had been born and died. This is the truth behind the unity of nature. As 2 Peter 3 says; “Dear Friends, with the Lord, a day is 1,000 years, and 1,000 years, is just a day.” So….

Even if you do have a good life, which many of us do not, nature, good as it is, makes slaves of us, the natural world swept away before eternity. Without God, we put patches on human nature until it is a hopeless ruin. Who has not felt this?  And yet, a voice inside tells us we are free, and that the truth shall make us free.  This is God’s voice.

Come unto me all that are heavy laden, and I will give you rest, said Jesus. In the world you will have trouble, but be of good cheer, I have overcome the world. This freedom is why there is struggle, difficulty, competition and cruelty in the natural world, because it is moving us on to freedom, that truth that we really are one with God, not just nature. And I don’t mean when we die.  As President Macron said the other day commemorating the D Day landings, whatever it takes we will stand together, because it is our common destiny.

So Jesus does not pray for us to be nice to each other, to get along, to eliminate difference, to agree a common plan, to be tolerant, to be unanimous, to have consensus, but to be one, just as he and the Father are also one. Jesus’ prayer that we be and live like God means we go beyond the most important thing in the world, me, my body mind and intellect, to friends, family, team, county, country, continent, cosmos, to the ultimate unity in our own soul, boundless being, knowledge, love, oneness with God, so the finite and the infinite are one.

Then life is beyond mere birth and death. Life is not the opposite of birth or death, it transcends both. I was not born, I will not die, because, I am the soul, in God. Oneness means transcending the opposites of birth or death, good or evil, male or female; old or young, rich or poor; gay or straight; conservative or liberal; educated or uneducated; theist or atheist, Christian or Muslim; heaven or earth.  Anything less than eternal life is playing with opposites, like a man in Belfast in the 1970's who feels a gun at his head. A voice says; “Protestant or Catholic?” “Jew” he replies. “I must be the luckiest Arab in Belfast!” says a voice

Jesus, fully divine, fully human, invites us into the same sacramental presence embodied in the flesh of the physical word, which is a shadow of infinite light. Jesus’ prayer echoes the ancient Jewish prayer in Deuteronomy 6:4, Shema Yisrael, “Hear, O Israel: the LORD is our God, the LORD is one. That means nature is a unity behind whom is God and we are created in God’s image, who commands do not worship other Gods, which means there is One, and if we think our idea of God is better than someone else’s it isn’t God at all, it isn't One differentiated consciousness.

The differences and divisions, like us and them, Brexit, America first, the Indian Nationalist party, do not exist out there in the world, but in the human heart. We project fragments to see fragments. Jesus prayed instead we could be One.

Jesus knew Oneness is not eliminating difference but seeing that it is not separation. Jesus told us to Love God, Love neighbour, Love self, and Love enemy, because he knew the one Self we call God is manifested in nature as many personalities. The un-manifest God-likeness is oneness. There is only God. You don’t need to be persuaded to love someone who is also you. People who do not do this have not yet shed the veil of the senses, but it will happen.

In the meantime, they still believe separation is normal, which is what sin stands for.  Wholeness has to be fully realised because it is a practice of letting anything less fall away to reveal the whole which is still waiting for us. Jesus’ prayer that we are one as he is one with God is the very moment we meet the glory of God and know that it is us. So go on, in the name of one Truth, the Father, one Son, his Consciousness, and one Bliss, the Holy Spirit. +
Posted by RDF at 14:48