I am the Oneness of God, the soul, and the universe 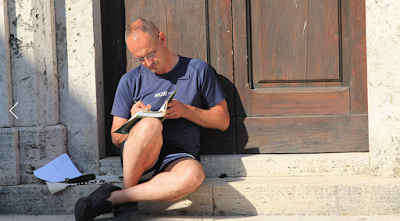 Jesus told them a parable about their need to pray always and not to lose heart. He said; “In a certain city there was a judge who neither feared God nor had respect for people. In that city there was a widow who kept coming to him and saying, ‘Grant me justice against my opponent.’ For a while he refused; but later he said to himself, ‘Though I have no fear of God and no respect for anyone, yet because this widow keeps bothering me, I will grant her justice, so that she may not wear me out by continually coming.’” And the Lord said, “Listen to what the unjust judge says. And will not God grant justice to his chosen ones who cry to him day and night? Will he delay long in helping them? I tell you, he will quickly grant justice to them. And yet, when the Son of Man comes, will he find faith on earth?” Luke 18;1-8

Next week I begin an NHS job on children’s and neo natal wards. There may be children with cancers, terminal illnesses or injury, babies dying, unbearable heartbreak for parents, so life will be experienced as a very unjust judge, just like it was for the widow in the above parable.

In my previous NHS role people also experienced life as an unjust judge, just like the widow. They spent a lifetime, sometimes following traumatic abuse, being forced to take immobilising drugs which hastened an early death.

When I was writing this, I had a quick look at the news and found more examples of life experienced as an unjust judge. War, the UK refusing to take back children trapped in Syria after their parents joined Islamic State and died. Climate change, homeless people being turned away from Typhoon shelters because they do not have an address. I even read a story about the rotting remains of an elderly lady found in her apartment three years after she died. The television was still on. No-one had called. She may as well have not existed.

All these people are the widows in the parable, because all are experiencing life, or death, as an unjust judge. They seek something different, but day after day it is the same, nothing changes. It is not right. They know it, we know it, God knows it. People live this way, and some die this way, and the experience is an unjust judge who neither fears God nor respects people. People may feel small, powerless, and alone, and there is no one to defend or represent us. Like the widow, we may stand by ourself unsure what to believe about life or ourself. Day after day we may cry out, not knowing what else to do. That is the widow, in today’s world and our life.

But she did not become hardened, or as unjust as the judge, or give up, believing this is all the final reality, or blame and accuse God of being the unjust judge. No.

Day after day, she just showed up, spoke of injustice, held pain, prayed and did not lose heart. Why? Jesus was saying that for her, like for him, the central experience that the time is now, the Kingdom of God is at hand, and we can be converted to the good news here, the news that the transcendent Holy One, the absolute infinite Other, is so intimate with us that we call him Abba, which means Daddy, it has all the emotional charge of Mummy. So Jesus said to pray always and not lose heart, which does not mean giving God a to do list and expecting God to magically fix everything, convincing, cajoling, persuading, or wearing down God so God will do what we ask.  What does it mean?

To pray means that we offer our cry and do what we can to bring the change we seek, trusting God is doing it too, making our case with God, joining God. Maybe we just listen, honour someone’s truth, seek support, feed the hungry, offer compassion, speak against hatred and prejudice, respect the dignity of every human, strive for justice and peace, but whatever, we show up, day after day, and don’t lose heart. This may be some of the most difficult and necessary work, but Jesus does not ask us to go where he has not.  He is the archetypal widow, his life and faith is deep within each of us. We already have all that we need to face the unjust judge of this world. Take the Lord’s prayer, where Jesus calls God Abba, not Father. Abba in Aramaic, means Daddy, intimacy, a familiar nearness, an unconditional love. Not just human love but the love of the infinite source of the universe in matter, like the Dad in the Prodigal Son, who can’t do enough to come to meet us first before we can ever get to him, Abba is more like a Jewish Mummy than a Daddy, the infinite One from whom all reality comes, which makes all humans brothers and sisters.

If we pray thy Kingdom come, it is this total closeness at hand, even though eternal. This kind of Kingdom is understood in the book of Samuel when David is presented to the people as King, and the people cry this is flesh of our flesh, bone of our bone, the same closeness as Eve made of Adam. Hallowed be thy name means we set ourselves apart from the dog eat dog unjust judge world for Abba. For knowing we get our daily bread in the same one household, forgiving not taking offence, acknowledging the endless power and glory we do not lose heart with, even in the face of an unjust judge.

For having the same Abba as Jesus, knowing God is closer to us than we are to ourselves, and that the whole natural universe, not just this worldly human society, is our household. For being mystics turned social reformers, for knowing prayer, as the philosopher Plotinus said, is flying from the alone to the All One, to Abba, and this allows us, like the widow who won’t give up, to accept ourself as totally alone and yet still limitless, and place ‘aloneness’ in an entirely different light, independent, and free from the world, and for the Kingdom.

To call God Abba then, is to see all creatures in ourself and ourself in all creatures. To call God Abba is to have the courage to say I am all inclusive, I am the Oneness of God, the soul, and the universe, worship in spirit and truth to set us all free. To call God Abba is to see ‘I’ and the beloved are one. I alone am.  So next time we see someone alone or desperate or in need of company like the widow, or feel we are the widow, perhaps we can remember Abba not just as an act of kindness to pray and act, but an intimate recognition that the beloved ‘neighbour’ presented to us is our own Self, one without a second, in One Kingdom, Abba’s, and not lose heart, there is intimate closeness, despite the unjust judge of this world.